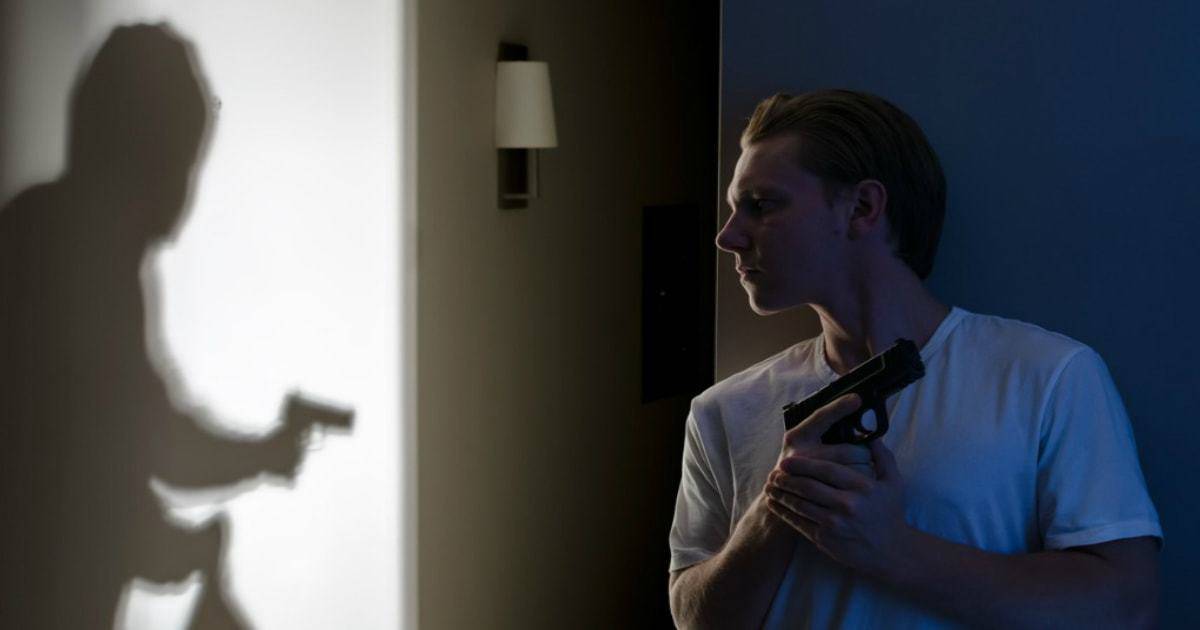 One of the most common uses for a firearm is for defending your home against a potential threat.  However, what is the best home defense weapon, a shotgun, a rifle, or a handgun? This will really depend on you, your local laws, and the location of your home.

In this article, we will go over some of the most common weapons for home defense, and make some basic recommendations for you.

Before getting into any specifics, let’s keep one fact in mind. ANY weapon is better than no weapon. This article will give some things to think about when narrowing it down to just one.

On a side note, if you have a firearm in your home we HIGHLY recommend getting self defense insurance. You wouldn’t drive a car without insurance, so don’t use a gun without it.

Check out our article on what we choose for our self defense insurance and then choose which one is best for you.

Shotguns are weapons that shoot shells as opposed to more traditional types of ammunition that have a brass casing and one projectile.  Shotgun shells contain multiple projectiles, called shot.

Different types of shotgun shells could be an article of its own, but for home defense purposes, you can never go wrong with 00 Buckshot.  Buckshot has fewer, larger projectiles that will do more damage than birdshot, which has a lot of small projectiles.  00 Buckshot has 9 pellets that are .33 inches in diameter.  That’ll do some damage in a target.

Another note worth mentioning about shotguns is that Hollywood loves to overstate what they can do. Yes, shotguns shoot multiple projectiles that will naturally spread out.  However, you aren’t going to blast a 15 foot radius of deadly force with a shotgun.  At 20 yards, a standard group will be about a foot in size.  Across a room, your spread is closer to four inches.  While this does give you some more wiggle room than with a rifle or handgun, it still does require some accuracy.

Now, let’s talk about the most common types of shotguns: pump action, semiautomatic, and double barrel.  There are some older types, such as bolt action shotguns and single shot shotguns, but these are much less common now.

Pump action shotguns function exactly as they sound.  You fire a shell, pump the handle, which extracts the empty shell and chambers a new one.

These weapons can commonly hold 6+1 shells, but some tactical versions, such as the Mossberg 590A1, have an extended tube and hold even more.

Semiautomatic shotguns are extremely similar, but as you can imagine, they are semiautomatic. They have a much faster reload time.

Double barrel shotguns are either side by side or over under, and hold and shoot one shell per barrel.  These are not as common for home defense, due to the longer reload time.

The biggest pros of shotguns are the deadliness, reliability, and price.  Shotguns deliver the most deadly force, without doubt.  Using 00 Buckshot, like we talked about before, you will be shooting multiple projectiles that could be very deadly by themselves.

However, the biggest pro of shotguns is the reliability.  Shotguns are probably the most reliable weapon, especially pump action shotguns.  They require almost no maintenance, and they will fire every time, without fail.  As an example, my family has been passing around a beat-up Remington 870 for duck hunting for thirty years.  We aren’t the only ones.  There are plenty of stories of Remington 870s surviving tens of thousands of shells without being cleaned.  We wouldn’t recommend that, but it goes to show how reliable they are.

Last, you can’t beat the price of a pump action shotguns. Mossberg Maverick 88s and some models of the Remington 870 are extremely affordably priced, and will last forever.

In terms of cons, there really is only two things worth mentioning.

Shotguns have limited range, especially when compared to rifles.  For home defense, this may not be a huge concern, but it is worth noting.

In the extremely unlikely event that you chase someone out of your house with a shotgun and wind up in a longer range gunfight, you might be in trouble with a shotgun.

Shotguns typically have less capacity than handguns, and much less than rifles. This is usally not a problem, as most cases of self defense will use less shots than your shotgun can hold, but it is worth considering.

Next up, we will talk about rifles.  There are a few different types of rifles that we will mention: semiautomatic, bolt action, and lever action.

Semiautomatic rifles, such as AR-15s and AK-47s, are probably the most commonly used for home defense. Their high capacity and easy reloads make them great choices.

Bolt action rifles are commonly used for hunting.  They are available in extremely large calibers, but are very slow to shoot and acquire targets.  Additionally, they are slow to reload.  For this reason, they aren’t the best choice for home defense.  However, these are some of the most reliable weapons available, and they offer some great caliber choices.

Similar to bolt action rifles, you can choose some large calibers in a lever action. For example, the Henry large caliber rifles are available in .45-70 and .30-30, which are calibers meant for big game hunting.

These are very deadly rounds, but the weapons have limited capacity, and aren’t as fast or natural to acquire targets as a semiautomatic rifle.

These are commonly used because they shoot very fast, and are generally very quick to acquire a target. A red dot on one of these will make you extreemly accurate (providing you have done your training).

Other pros include the fact that you can commonly find and use large magazines, and they offer excellent range.  These weapons are available in many calibers that are great for home defense, such as 5.56 NATO and .308 Winchester.

The cons of these are that they aren’t as deadly as shotguns, they’re expensive, and they don’t offer that spread, as limited as it may be.

When comparing an AR-15 to a pump action shotgun, the cheapest AR-15s, such as the DPMS Panther, are at least twice the cost of some of the pump actions we mentioned before.

When looking at AR-10s, that shoot .308 Winchester, they are even more expensive.

Handguns are pretty simple and very common as home defense weapons. They are broken down into semiautomatic pistols and revolvers.

When looking at semiautomatic pistols, there are hammer-fired weapons, such as a Colt 1911, and striker-fired weapons, like any of Glock’s offerings. These have their own pros and cons, but they are really similar weapons.

If you’re looking at a pistol for home defense, we would recommend getting a full-sized pistol.  These have a much larger magazine capacity, and are very easy to reload. 9mm is a very common round, and it offers a combination of great terminal performance and small size.  In a full-sized 9mm, such as the Glock 17, you are looking at a 17+1 magazine capacity in a very reliable weapon.

Revolvers are unique in that they offer the ability to shoot much larger calibers. However, their magazine capacity is extremely limited, so you must be accurate.

Revolvers are similar to pump action shotguns, in that they will shoot every time, no matter what.  But, if you are going to use a revolver, its important that you get to the range and practice a good bit, to make sure you’ll be able to hit your target with your five to six rounds.

The pros of pistols and revolvers are the speed you can shoot and the small size. Similar to a semiautomatic rifle, you can shoot as fast as you can pull the trigger. Most people find pistols very natural to shoot, so it will be easy for you to acquire targets.

Size is where pistols shine. When looking at the size of pistols, they are obviously very small. You could easily store a pistol in your nightstand, while with a rifle or shotgun, you’re going to need to have it somewhere that probably wont be as easily accessed.

The small size also allows you to easily round corners in your home as well.

The cons of pistols and revolvers are that they are not quite as powerful as a shotgun or rifle.  While some may look at this as a plus, as it can help with over-penetration of walls.

Another con of a pistol over your other options, is that they may not be quite as accurate.  This usually is not a problem in most homes, but it could come into play in larger homes.

Hopefully this guide has given you some things to think about when considering a weapon for home defense.  Once again, we will reiterate that any weapon is better than no weapon. There really isn’t a “wrong” answer.

While I personally choose to utilize all three in my home defense setup, for a variety of different reasons, you can’t go wrong with having any of them as long as you practice and get training in the firearm of your choice.

Check your local range or training facility for classes that focus on home defense. Not only will the classes be fun, but you will then have the proper training to protect yourself and your loved ones in your home.

If you would like to learn about the best firearms for your vehicle check out Best Truck & Trunk Guns and see some great options! 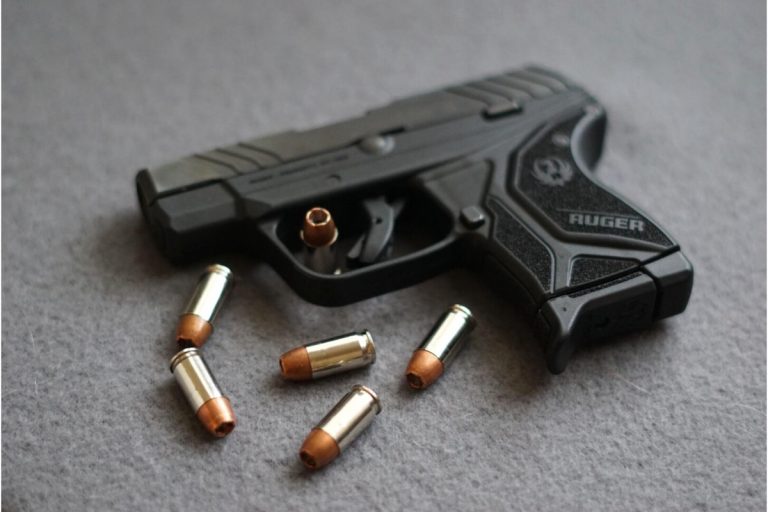 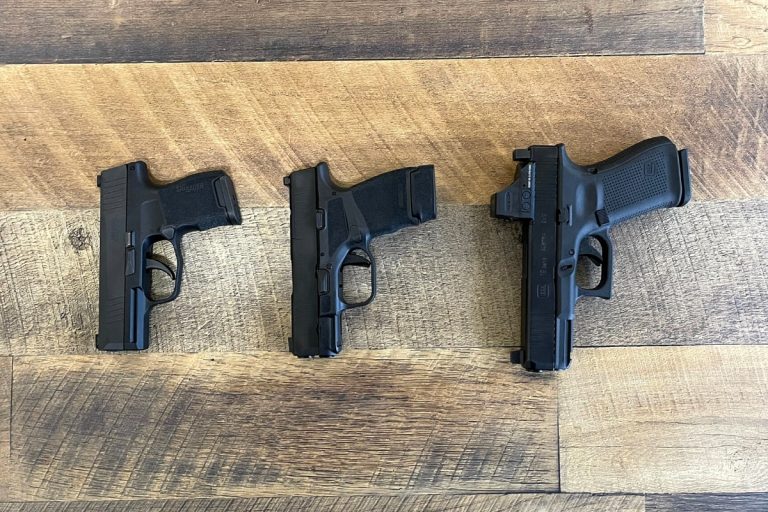 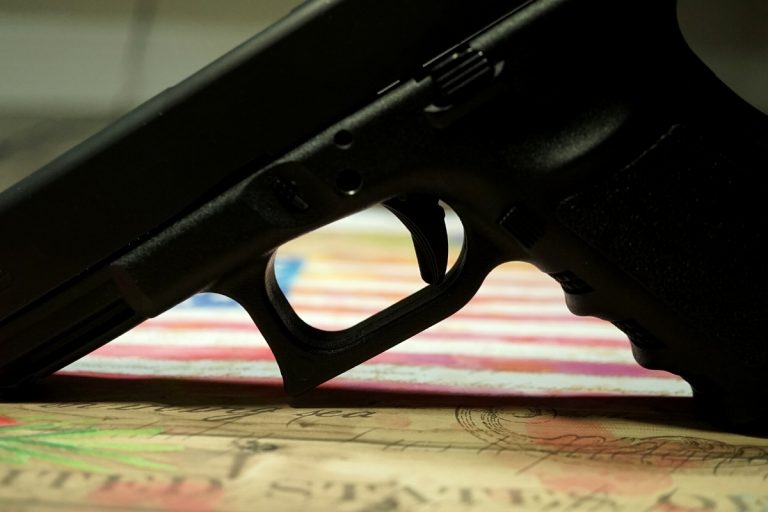 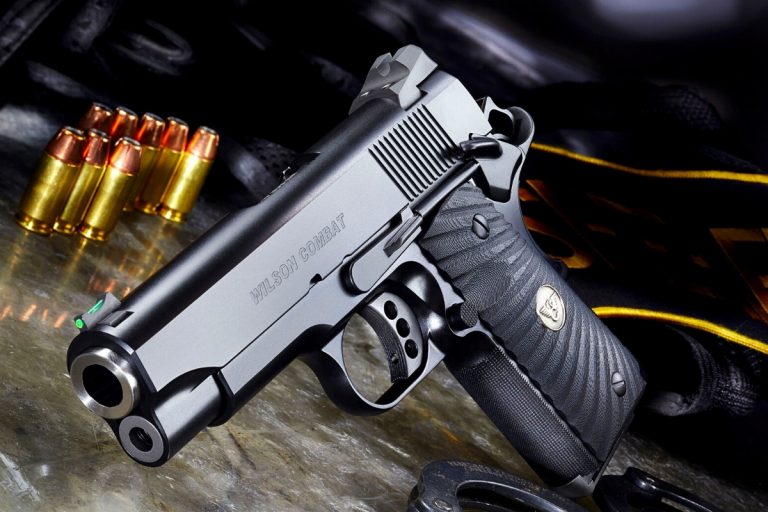 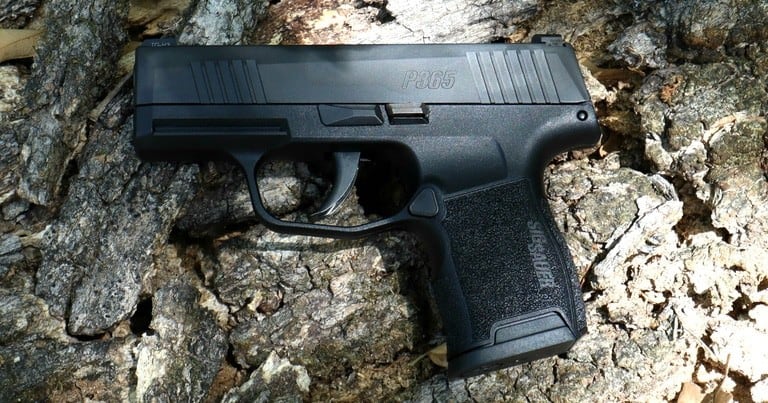 In early January 2018, Sig Sauer introduced a revolutionary concealed carry pistol, the Sig P365 micro compact pistol. The P365 holds 10+1 rounds of 9mm in a compact pistol just 1” thick.  It is the same size or smaller than all of its compact pistol competitors, nearly twice the capacity. In this review, we will… 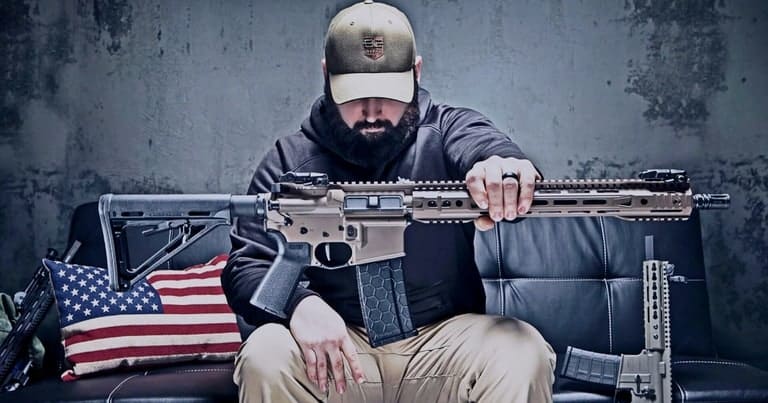 Alright, let me shine the light on something that so many people get wrong. When it comes to self-defense, you are carrying the wrong gun.  “But I carry ‘X’ pistol and it has been combat tested,” you say. Sorry, it’s still not the right choice.  In a bad situation…your pistol is sub-optimal at best. A…