When it comes to firearms, how to store ammo is not one of the sexy topics that comes to mind.  It is not as exciting as what gun to buy, or what accessories to add.  However, it is one of the more important factors you should consider if you plan on storing ammunition for any length of time.

In this article, we will go over some basics about how to store your ammo.  These are only some basic guidelines to consider, but following these rules will protect your weapon and you.

Before talking about how to store ammo, it is important to understand all the parts of your ammo.  It is pretty basic, but if you don’t understand what is inside the ammo, the recommendations we make won’t make any sense.

A basic pistol or rifle cartridge consists of a primer, a casing, propellant, and a projectile.  The primer is located at the rear of the round.  The casing is the brass piece that is ejected after you fire it. The propellant is inside the casing, and the projectile, or bullet, is crimped at the end of the casing.

In a shotgun shell, it is mostly all the same, except everything is contained within the plastic shell, or hull.  The projectiles, which are usually called shot, are separated from the propellant by a plastic piece called the wad.  When you fire a shotgun, the same sequence happens with the primer igniting the propellant and the propellant pushing the shot or slug down the barrel.

When thinking about the biggest factors that will affect your ammunition, it all boils down to protecting the propellant.  If your propellant is negatively affected, you are likely to have a malfunction.

To help mitigate this, store ammo in your house or somewhere that is climate controlled.  It’s really that easy.

The next factor to consider is if the ammunition is exposed to moisture.  This doesn’t just have to be excessive rain at the range, or a leak in a water pipe.  If you are out shooting on an extremely humid day, or if you go duck hunting, in a swamp, the ammo has been exposed to some moisture in the air.

Now, it will not be immediate, especially if it’s either of the latter two scenarios, but over time, moisture in the powder could make it not work.  The same as if it’s exposed to high heat, it could cause the ammo to be ineffective or worse.

In the case of ammo that you took to the range on a humid day or took duck hunting in the swamp, I would recommend trying to shoot that ammo before the rest of your ammo.  One or two trips probably won’t be an issue, but the shells sitting in your pocket in the swamp for a full season of shooting ducks may be an issue.

To mitigate this, store ammo in an ammo can. To help keep them separate, you can leave them in the cardboard box they come in, but put the boxes in ammo cans.  This isn’t exactly great in terms of the amount of space it takes up, but it helps keep the ammo organized.  I even like to go a step further and put them in zip-lock bags inside the ammo cans if storing ammo for long periods of time.

I like to use a different ammo can for each caliber, then I mark the can with that caliber on the outside.  Amazon offers an Ammo Can 4-Pack that is perfect for storing ammunition.  The rubber seal that comes with these really helps aid in keeping the moisture out of the can.

In addition to the ammo cans, I like to add some Moisture Absorbing Packets.  By adding these it will help absorb any excess moisture that was trapped in the can and extend your ammunition’s life even longer.

If you are storing your ammo in a safe, my third and final recommendation is to use Rechargeable Mini Dehumidifiers.  These are what I use and they are amazing and are rather inexpensive.

Where to Store Ammo

The next factor to consider when storing ammo is the actual location.  What I mean by this: are you going to store the ammo under your bed? In your gun safe? In your closet?

There really isn’t a “right” answer for this, but there are a few things to consider.  If you have children, it’s almost definitely in your best interest to have the ammo locked up somewhere.  While it’s certainly not a requirement, it’s probably a good idea to do this.

Some people don’t like to store ammo with the weapon.  While I can understand this, my thought process is that the ammo isn’t going to load itself.  As long as you are safe and responsible, storing it with the weapon really isn’t that big of a deal.

I have some ammo in the gun safe with the weapons, but there isn’t enough room for all of it.  The rest of the ammo is stored in ammo cans in a safe, cool, dry location.

Keep it Cool, Keep it Dry

As you can see, storing ammo is pretty simple.  Keep it cool, keep it dry, and it will last for years.  Most manufacturers say that ammo will last for 10 years, but if it’s treated properly, there’s no reason to believe it can’t last longer than that.

As with most things firearms related, safety is your number one concern.  Firing ammunition that hasn’t been stored properly is unsafe, and leaving unsecured ammunition around with children isn’t safe either.

Don’t forget to check out our article on Best Self Defense Ammo! 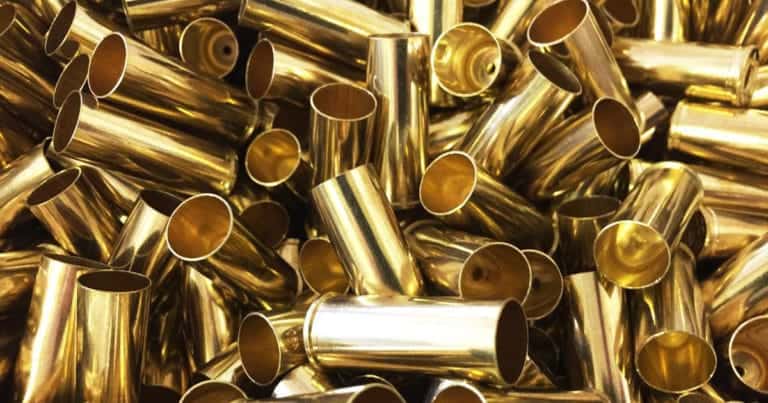 Learning how to reload ammo can seem pretty complex at first. In this guide we will cover all you need to know on how to get started reloading your own ammunition. We will also cover what you will need to get started. Before we get started, please understand this article is purely educational. View our… 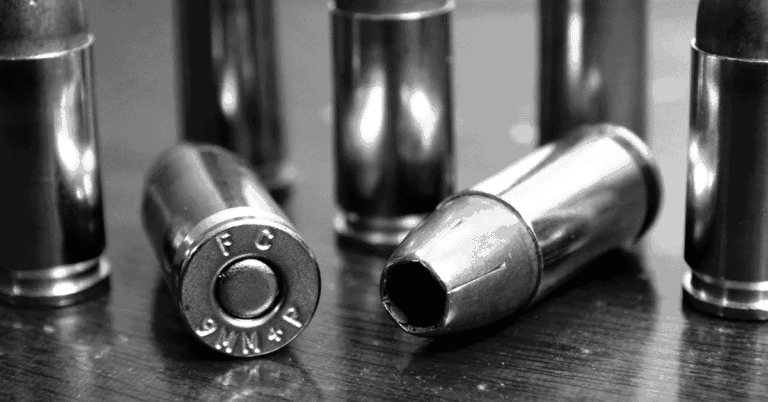 Choosing the best 9mm concealed carry ammo is important, so use this guide to narrow down your choices.